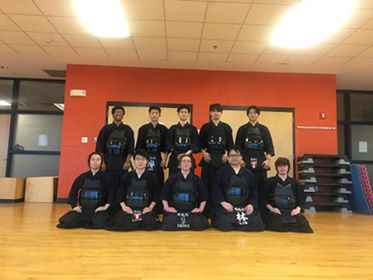 We are the newly combined group of the RPI Kendo Club and Meitokukan Kendo and are now the premier location for kendo in New York's Capital Disctrict. "Meitokukan" – which can be translated as "the house of bright virtue" – is a branch of Ken-Zen Dojo in New York City. Ken-Zen was founded in 1960 by the late Reverend Shunshin Kan (Kendo Hanshi 8th Dan and Iaido Renshi 6th Dan), and it is the oldest school of Kendo and Iaido in the eastern United States. Currently the shihan of Ken-Zen Dojo is Daniel Ebihara Sensei (Kendo Kyoshi 7th Dan). For more information PLEASE CONTACT our club officers: kendointerest@union.lists.rpi.edu